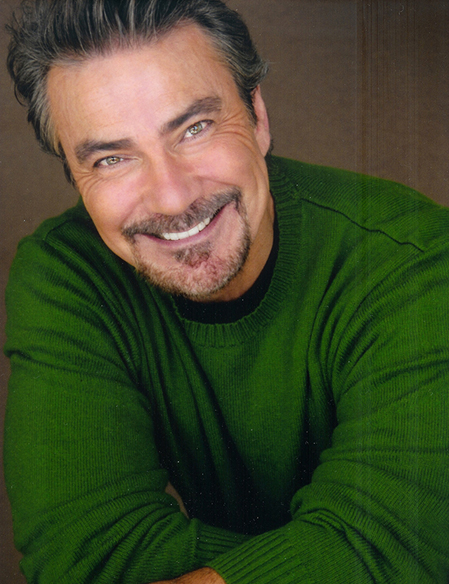 A veteran film star, best-selling author, renowned advocate for violence prevention, and the first Cuban-born football player to land a tryout with the Miami Dolphins, Victor Rivas Rivers has achieved extraordinary success in numerous arenas. But given his violent upbringing, few of those achievements were ever likely.  If not for a handful of individuals who were willing to take a stand on his behalf, Rivers doubts he would be alive today.

At age 12, Rivers visited his local police department to report a lifetime of crime inflicted upon a child - himself - and upon his mother, siblings, and pets. Though the officers were horrified, they could do little to stop Rivers' father. The torture perpetuated behind closed doors, they said, was "a private family matter."  At age 15, after his father kidnapped him and his siblings, transporting them to a different state, Victor ran away, living briefly on the streets before taking then-unprecedented legal action against his father. With a restraining order to protect him, the court allowed Victor to become an unofficial foster child. Through the help of his high school, he went on to live with a series of families - who oversaw his transformation from rage-filled gang member to senior class president.

Rivers chronicles his story of survival in his memoir A Private Family Matter. Many of his "angels," as he calls them, were educators - from his eighth grade teacher who literally fed him when his father instituted a starvation diet at home to his high school coaching staff who refused to let him quit the team and drop out of school, ultimately giving him the confidence to earn a full football scholarship at Florida State University and a stint in the NFL. After being dubbed "The Longest of Long Shots" by the Miami sports media, Rivers pursued another long shot in Hollywood. In one more unlikely turn, he has since attained a global following with roles in over two dozen movies, including The Mask of Zorro, The Hulk, Blood In/Blood Out, The Lost City, Distinguished Gentleman, and What’s Cooking?, as well as on multiple TV series, including LIFE, Law & Order LA, CSI Miami, JAG, and Star Trek.

Although he has played his share of movie bad guys, both in comedy and drama, in life Victor Rivas Rivers continues to take on causes larger than himself—earning admiration from elected leaders and celebrities alike.  Summing up Victor’s impact on and off the screen, director Taylor Hackford has described him as “a big man in heart and soul.