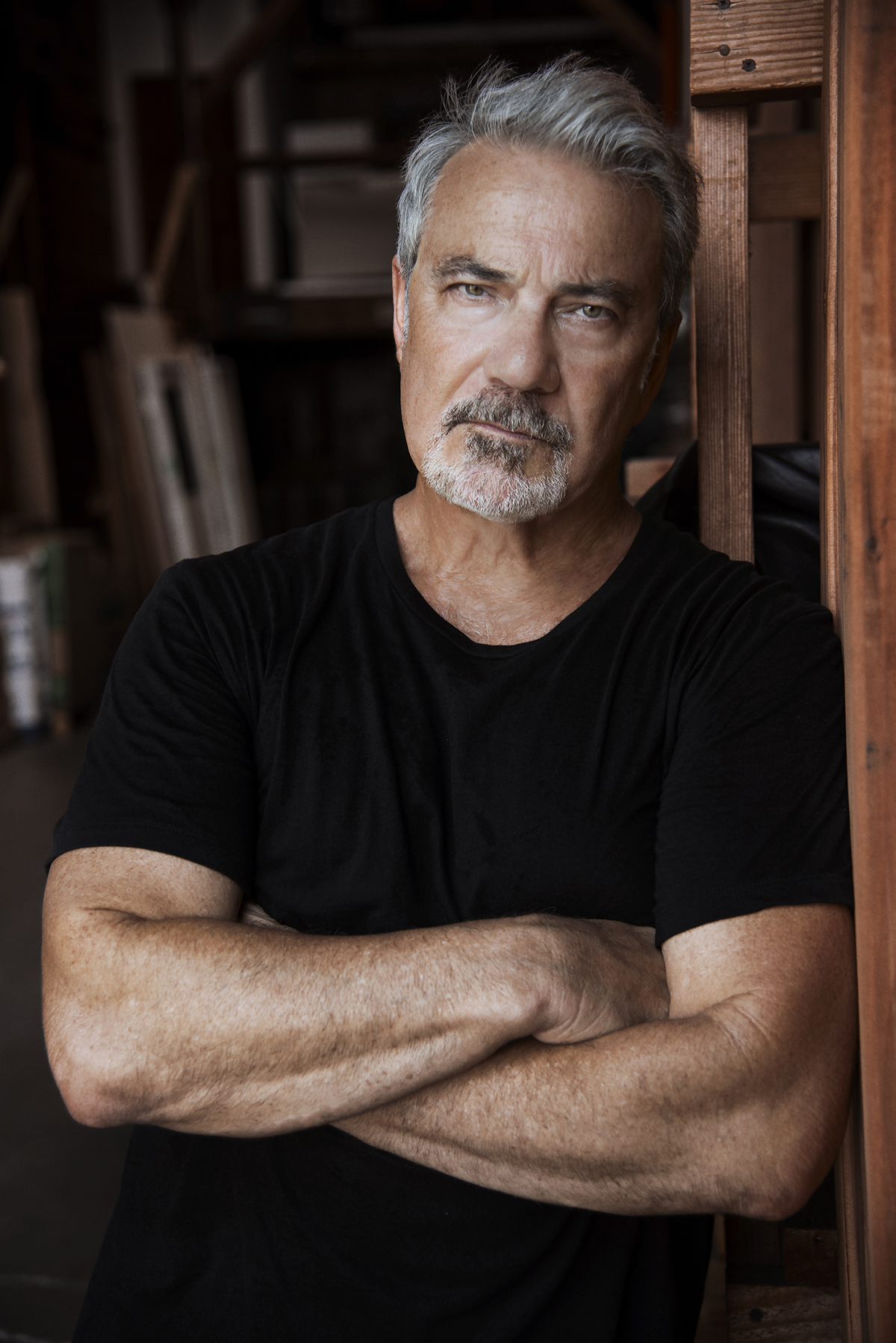 After arriving in Hollywood in his mid-twenties, Victor (originally from Sancti Spiritus, Cuba) changed his last name from Rivas to Rivers — to avoid being stereotyped by the entertainment industry. In time, Victor Rivers would become a veteran star of film, TV, and stage, while earning a worldwide following for such memorable roles as Magic Mike, the prison gang warlord in Taylor Hackford’s cult hit BLOOD IN/BLOOD OUT and as Joaquin Murrietta, Antonio Banderas' ill-fated brother in THE MASK OF ZORRO (directed by Martin Campbell). But none of that was guaranteed when Rivers first arrived in Los Angeles.

Undaunted by the slim odds of breaking into show business, Rivers drew from a lifetime of overcoming obstacles. He had survived a turbulent childhood— transforming from dangerous gang member to heralded high school senior class president — before going on to receive a four year football scholarship at Florida State University. As an offensive guard (a position usually held by football players much larger than he was at the time), Victor played for Coach Bobby Bowden, a father figure to many, as well as the winningest coach in college football history. 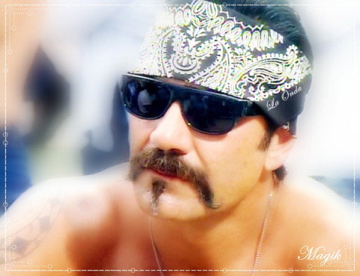 After his last season at FSU, the acting bug first bit Victor when he was cast in the film SEMI-TOUGH, starring Burt Reynolds. Though he was tempted to pursue a path to the movie business, at the time Victor planned to use his degree in criminology and enter the Air Force’s officer training program and eventually work in intelligence.  However, fate intervened in the form of a phone call offering him the opportunity to play in the NFL. As a free agent draft pick, he became the first Cuban-American to be out for two pre-seasons with the Miami Dolphins — a dream come true to play for his hometown team — and Victor was soon dubbed the “Longest of Long Shots” by the local press.

In the fall of 1979, following his stint with the Dolphins, Victor headed to Hollywood — again as a long shot. At the advice of his adopted brother, actor Steven Bauer, Victor began taking acting classes and was soon cast in a production of MARAT/SADE in the role of a mute prison guard. Fatefully, even without lines, Victor’s  performance brought him to the attention of the head of MGM casting. His next break came when he booked a gig for one line on the TV show, JOE DANCER, a job that earned him a SAG card and a talent agent. Victor went to make his feature film debut in FEAR CITY — thanks to a recommendation by the film's star, Melanie Griffith. 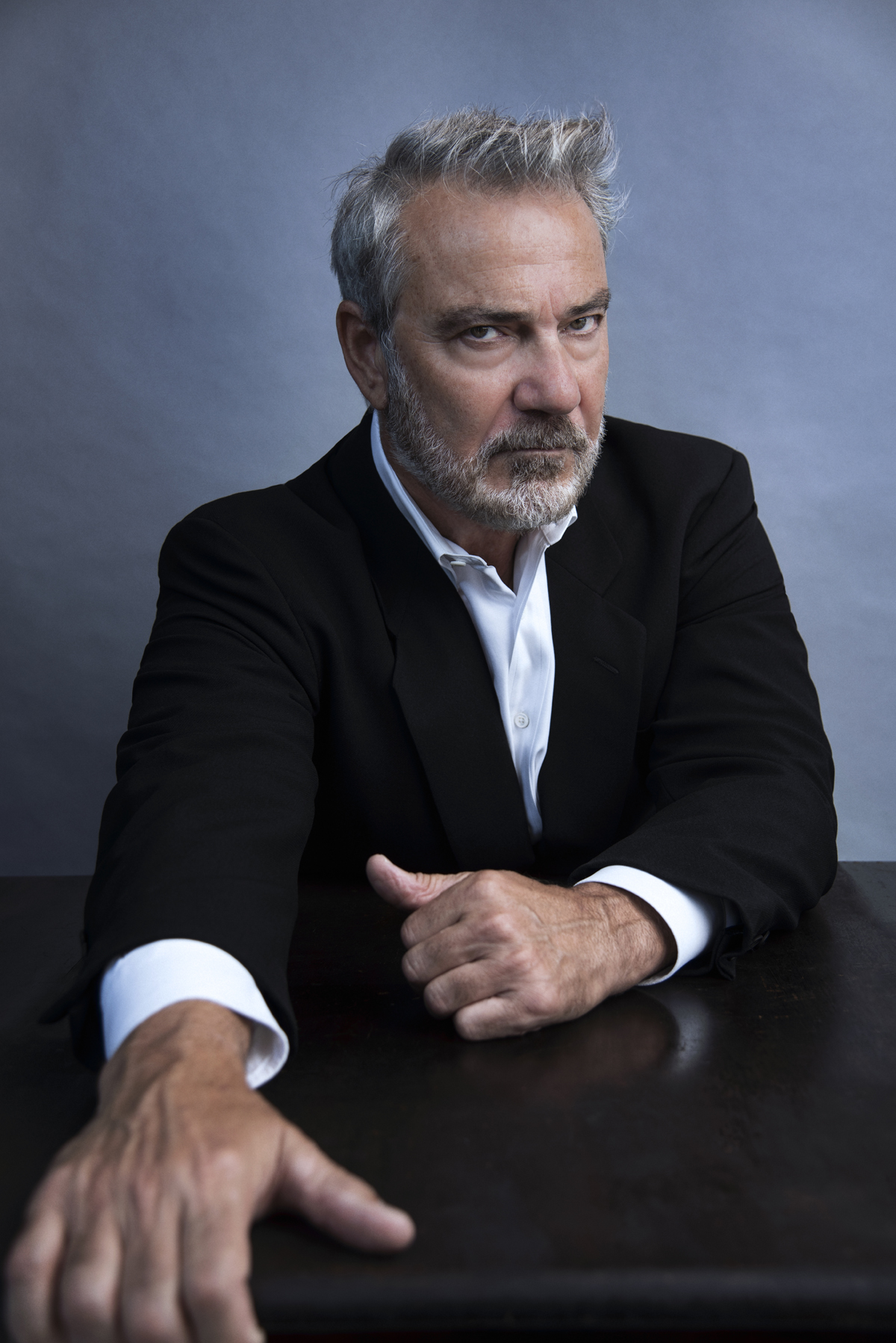 The tall, dark and handsome Rivers has worked steadily ever since — going on to play a wide array of roles that range from heartthrobs to villains to funnymen. His early credits include the action/thriller 8 MILLION WAYS TO DIE which reunited Victor with fellow actor and friend, Andy Garcia. Victor next appeared in the dramas HAVANA, starring Robert Redford, and FIRES WITHIN which starred Jimmy Smits. Rivers then played a witch-doctor in the horror-film BLACK MAGIC WOMAN, Buck, a trucker in David Lynch's cult favorite, TWIN PEAKS: FIRE WALK WITH ME, and a drug dealer/hit man in ONE GOOD COP, which starred Michael Keaton. Victor made his comedy film debut in LAST RESORT which starred Jon Lovitz and the late Phil Hartman. Rivers went on to star in the comedy hits A MILLION TO JUAN with Paul Rodriguez and THE DISTINGUISHED GENTLEMAN as Eddie Murphy's flamboyant sidekick, a portrayal that earned Victor some of the film's biggest laughs.

Rivers has worked for such legendary directors as Steven Spielberg who cast him in the dramatic opening sequences of AMISTAD, as the ship’s captain, and for Ang Lee who directed Rivers in the climactic last scene of HULK.  Victor played the husband of Mercedes Ruehl in the critical smash WHAT'S COOKING? (also starring Alfre Woodard, Kyra Sedgewick, Julianna Marguiles) which won the New York Film Critics Audience Award.  In LA CUCARACHA, a thriller named Best Feature at the Austin Film Festival, Rivers co-starred with Eric Roberts.  In THE LOST CITY, Victor worked alongside star/director/writer Andy Garcia, later appearing with Garcia in THE AIR I BREATHE (as well as with Kevin Bacon, Forrest Whittaker, and Brendan Frasier). Rivers appeared in the Miramax police drama, IN TOO DEEP, as the sinister killer in the action flick FLED (with Laurence Fishbourne), in the HBO World Premiere Movie THE CHAIN (with Gary Busey) and TNT's period piece TWO FOR TEXAS (with Kris Kristofferson). 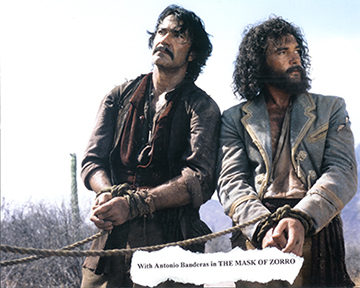 On TV, Rivers has starred on scores of hit shows including the NBC series LIFE on which he played the recurring role of Jack Reese, on CSI MIAMI, NUMB3RS, LAW & ORDER LA, 24, STAR TREK/DEEP SPACE 9, JAG, GENERAL HOSPITAL, NASH BRIDGES, MIAMI VICE, as the recurring Hawk Man on JUSTICE LEAGUE, and on several episodes of BATMAN BEYOND. Victor has starred in several pilots for TV series, including the Ben Stiller pilot, THE STATION, CYBIL with Cybil Shepherd, and the Michael Mann police drama LA TAKEDOWN.

In addition to notable performances in stage productions (FORTY DEUCE at Hollywood’s A.C.T. , GOOSE AMID THE REVOLT at the Odyssey Theatre) Victor Rivers has an extensive background in comedy improvisation — having studied with the late Bill Hudnut, at the Second City, at the Harvey Lembeck Workshop with Helene Lembeck/Michael Lembeck, and with Mark Lonow at The Improv.  He has also studied with Stella Adler, Arthur Mendoza, and Bjorn Johnson.

The Air I Breathe
Eddie

The Air I Breathe
Eddie

In Too Deep
Romeo Concepcion

The Mask of Zorro
Joaquín Murrieta

A Million to Juan
Hector Delgado

Blood In, Blood Out
Magic Mike

Crisis Center (TV series)
– Someone to Watch Over Me  … Arturo's Manager

One of the Boys (TV series)
– The Date  … Bartender